All About Viral Infection Kids 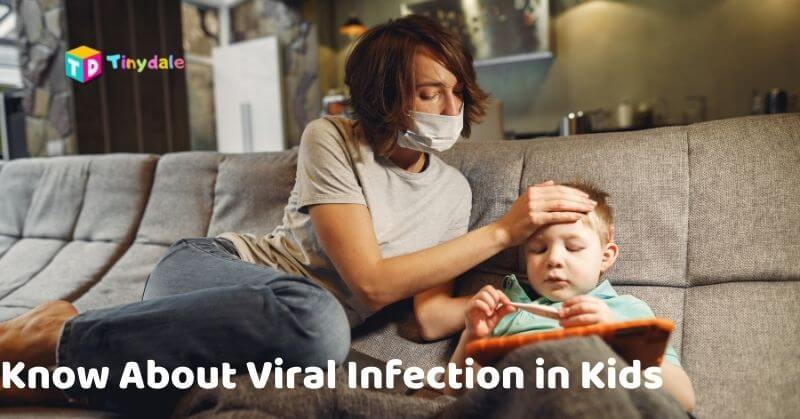 Viral infection kids are caused by viruses. Various types of viruses are there infecting not only children adults too. Some views about viral infections and how it affects children.

What is a viral infection in Kids?

Viruses are tiny organisms that attack healthy human cells and grow and cause various viral infections to the human body. It causes different symptoms depending on the type of virus. At any age, you can catch a viral infection but children are highly vulnerable since their immune systems are in the developing stage.

Symptoms of viral infection in kids:

All viral infections are not serious and cause various illnesses such as colds, sore throat, vomiting, fever, and diarrhea. Viral illnesses like measles cause serious diseases.

A virus called rhinovirus causes this common cold which lasts for one to two weeks. The symptoms are similar for both children and adults. They are easily contagious, if one member of the family gets infected it spreads to all members of a family.

This flu is caused by the influenza virus. It is similar to a cold but symptoms are more severe and develop much quicker. It also makes children less active and more tired.

A viral infection Bronchiolitis usually affects children under 18 months of age and it can occur up to two years. It often occurs in winter and is caused by the respiratory syncytial virus (RSV). The symptoms that can be seen in the early illness are blocked or runny nose, a cough, and a slightly high temperature.

A viral infection in Kids that causes rashes

Here we will discuss the Top 7 Viral infection in Kids that causes rashes. Some of the viruses can cause rashes in children.

The red, blotchy rash occurrence in a child could be a sign of meningitis.

This causes sunburn-like rashes and feels like sandpaper. It is usually found on the chest and arms. Children may exhibit symptoms like headaches and sore throats.

It is an acute viral respiratory illness that spreads through the air. Measles starts to occur after the start of fever, runny nose, cough, red eyes, and sore throat. It does not show any symptoms up to 10 to 14 days after starting an infection. There is no treatment yet to get a cure from this infection but can reduce symptoms with fever reducers or vitamin A.

Some Other Viral Infections in Kids are:

It is a highly contagious viral infection caused by the varicella-zoster virus. Chickenpox starts as red spots on the face and spreads to all parts of the body. It lasts for 2 weeks. Lotions like Antihistamines and other moisturizing lotions are useful to reduce the symptoms.

A bright red rash that appears on both cheeks denotes the slapped cheek syndrome. It can also be accompanied by a similar rash after two to three days.

It is a contagious viral infection that infects with mild symptoms includes like joint pain and a rash. If it is an infected pregnant mother then it causes severe birth defects. It is called German measles or 3-day measles. It spreads mainly through the virus contained droplets that have been coughed into the air by an infected person.

Symptoms differ from children to adults. Symptoms can be seen only after 14 to 21 days of infection. The rashes start to occur from face to neck and spread to the trunk, arms, and legs. The rashes are last for 3 to 5 days. Mild fever, swollen and tender lymph nodes, red eyes, and headache are the other symptoms of rubella.

Roseola infantum is a viral infection that infects infants or young children and causes a heavy fever followed by a rash. It is caused by human herpesvirus-6. Common symptoms include starting with a high fever and developing rashes after the temperature returns to normal. It infects mostly young children between 6 months and 3 years of age.

How do I know if my child has a viral infection?

How to find your kid infected by viruses? The different kinds of viral infections will have different kinds of symptoms that vary from fevers, chills, running nose and blocked sinus, sneezing, sore throat along with cough, or watery and painful red eyes, and more. Other symptoms include body ache, diarrhea, vomiting, lack of appetite, and skin rashes.

If the symptoms are continuing for a few days it is good to take a blood test which can give you the definitive answer to which kind of virus your kids get infected. And undergoing prescribed treatment you can lower the symptoms.

Antiviral drugs can be used to treat viral infections. The vaccinations are also used for vaccine-preventable diseases includes polio, Hepatitis B for rotavirus, Measles-Mumps-Rubella (MMR) for rabies, and Human Papillomavirus (HPV) for influenza.

Top 5 Tips to keep your kids safe from viral infections?

I am sure you are part of our amazing page Baby World To stay updated With posts and videos. Reach out to us on our email if you want to share your story on our platform.

Also Read: Find Out What Is Diaper Rash And How To Get Rid Of It?

The article written by me is for information purposes only. It is not intended to provide medical advice. The reader should always consult a Medical practitioner concerning any medical condition.